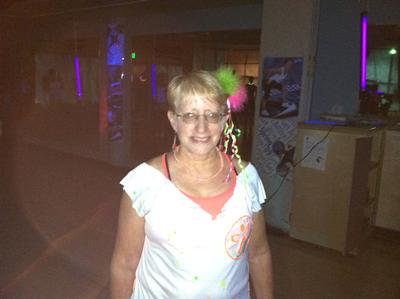 Zumba Party - Still More of Gut Than I'd Like... Sigh

Still having trouble posting here regularly... it's been a busy summer... I became a grandmother! I have the most adorable little baby grandson EVER... named Samuel Milo Hunt. Unfortunately I live in Boise, Idaho and he lives in Austin, Texas, so I don't know how often I'll get to see him. But I was there for his birth and his first week of life, which was joyous.

While I was there, I didn't always eat healthy (my daughter and son-in-law don't have the same eating habits I do), but I did my best. I also only worked out once, getting to a Zumba class. But when I came home after 10 days, I hadn't gained one bit! Yay!

Currently, I'm at 135 and doing good with my workouts, though this has been a bit of an off week, as I try to get back in the swing of work after most of the summer goofing off.

Still want to lose 20 more pounds and at least 1 size. Eating well, if I keep working out, I know it will happen.

Join in and write your own page! It's easy to do. How? Simply click here to return to My Weight Loss Success Story.