Get a Definition of Obesity & Obesity Facts

If "What is obesity?" is a question you want the answer to, then you're in the right place! I'll give you a definition of obesity you can understand on this page, as well as obesity facts you need to know... 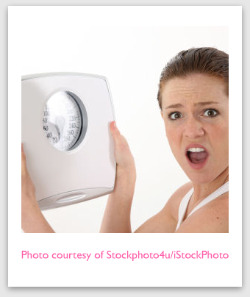 Obesity... it's an ugly word, isn't it? And one most of us would NEVER choose to have apply to us, right? You always want to think, "Well, he's obese... I'm just a little overweight..." Believe me, I know. I was horrified to learn from a BMI chart that I fit the definition of obesity a little less than a year ago. Yikes!

But here's the thing... you HAVE to get past that fear of being called obese, because your life could depend on it. The sooner we can admit (at least to ourselves) that we ARE obese, the sooner we can start doing something about it!

So what IS obesity? Well, in a nutshell, it's a body condition when a person weighs too much... WAY too much... at that results in an increased risk for disease... and death, not to mention a very poor quality of life.

Searching for a Definition of Obesity? 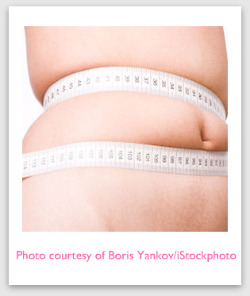 But let's look at some more official and perhaps more specific definitions of obesity from authority sources.

According to the U.S. Centers for Disease Control (CDC), defining obesity is as simple as saying if your BMI is 30 or higher, you are obese. But the do point out that BMI alone doesn't really measure body fat; it is simply a sort of predictor. So, it's also important to look at measures like the circumference of your waist and/or skinfold thickness. They look at such things because abdominal fat is such a predictor of future obesity-related illness.

According to Wikipedia, the World Health Organization (WHO) definition of obesity is:

"Obesity is a medical condition in which excess body fat has accumulated to the extent that it may have an adverse effect on health, leading to reduced life expectancy and/or increased health problems."

And then there's something called "morbid obesity". What is obesity that's labeled "morbid?" Good question. Here are 3 qualifying measures:

So, answer this question in the dark recesses of your mind... are you obese? Do you fit any of these definitions? If so, is it worse... are you morbidly obese?

If you ARE obese, then I'm so glad you're here on this site, because it means you're looking for answers and inspiration. And that's a start. 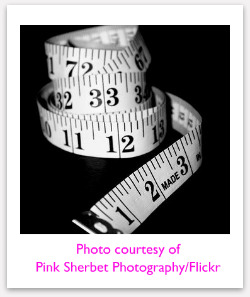 Here are a few more obesity facts to consider when looking for the answer to what is obesity...

Obesity is epidemic throughout the world. The world has been getting fatter and fatter over the past few decades. At least 300 million people worldwide are obese. Obesity rates are quite low in China and Japan, while they are high here in the U.S. The Samoan nation has a 75% obesity rate.

Childhood obesity levels are at an all time high... and still rising. Even more disturbing than the increase in obese adults is the fact that so many children are overweight these days. In fact, 22 million kids under the age of five are estimated to be overweight worldwide. And in the U.S., obesity rates in teens have grown alarmingly over the past few decades. The growth in childhood obesity has led to the Let's Move program initiated by our current First Lady, Michele Obama.

The rise of obesity is directly related to the changes in society and behavioral patterns of life. Economic growth, modernization, urbanization and globalization of food markets are some of the trends thought to be influencing the growth of obesity in our population.

There is ALWAYS hope. Anyone can recover from obesity. But even though so many of us are obese, and even though obesity means you probably have 50 or more pounds to lose, you CAN make a change. It's never too late to lose weight. And no matter how much you have to lose, the process is the same. You just start working on it, one pound at a time... and eventually, if you work hard enough, you WILL get there.

So, hopefully, this page has answered any questions you might have had along the lines of "What Is Obesity?" and you've found the definitions of obesity to be helpful too. Obesity is just a label... it doesn't have to define who you are for the rest of your life!

Also in This Section

Top of What Is Obesity? Page


Please NOTE: The information on this website is for informational purposes only. It is not intended as medical or professional advice. Anyone considering starting a weight loss program should consult with their doctor first.